Return Of The Infamous Four 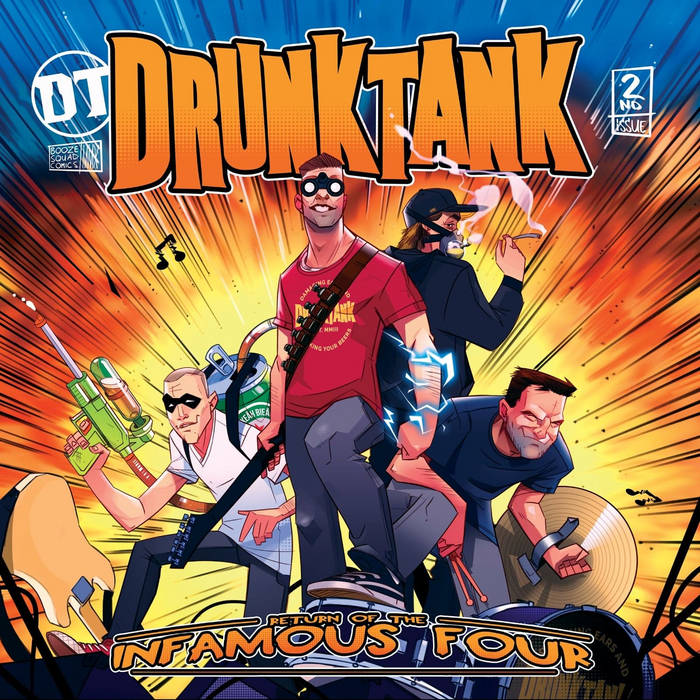 Nine years ago, a crack commando unit was sent to prison for a crime they didn’t commit. These men promptly escaped from a maximum security stockade to the Dutch underground. Today, still wanted by the scenester government, they survive as punk rock soldiers of fortune. If you have a problem with pikeys, or skinny jeans and lumberjack shirts, if no one else can help, and if you can find them, maybe you can hire... The Infamous Four.
Drunktank brings you fast, melodic, sing-along 90's skatepunk in the tradition of Epitaph, Fat Wreck Chords and Burning Heart bands, combined with riffs and guitar harmonics from 80's metal. The Dutch skatepunkers started in 2003 and released 4 EP’s and one full-length album "The Infamous Four" (2010).
The follow-up album ‘Return Of The Infamous Four’ is mixed and mastered by Cederick Forsberg (Blazon Stone, Rocka Rollas) and will be released in July 2019. The album features ten fast paced, no frills, highly singalong, ass kicking tracks.

Drunktank - "Return Of The Infamous Four"
MWR-059
For more information and to buy records and merchandise, go to:
www.morningwoodrecords.com