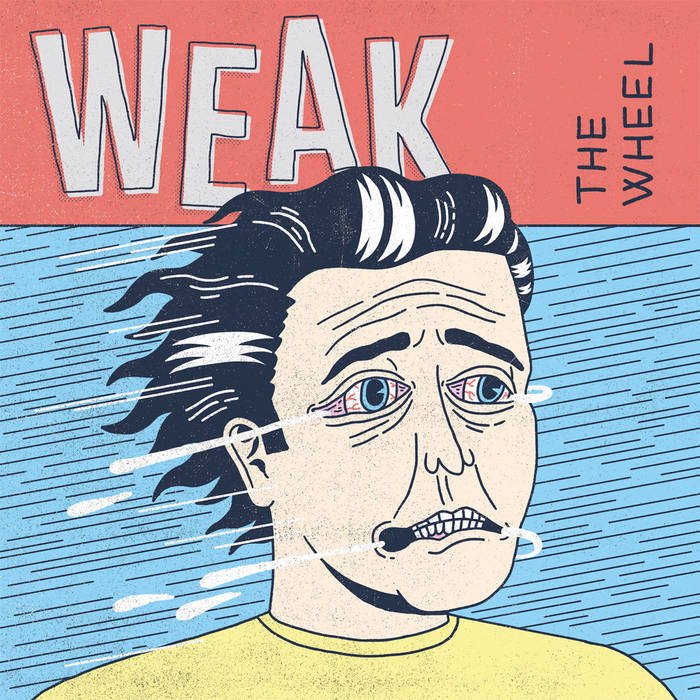 Weak is born at the beginning of the year 2018. It’s members: Fon, Tote, Fangui and Merida come from bands as stylistically diverse as Wild Animals, Enoch Ardon, Ulises Lima, The Attack of the Brain Eaters or Acid Mess. Having said this, this new band’s concept and vision has been crystal clear from the outset: 90s melodic punk rock in the mould of NOFX, Lagwagon, Good Riddance etc.

They spend 2018 writing eight songs which are to comprise their first Lp and in October of that same year they start recording it in different studios (OVNI Studios-Asturias) scattered all over the Spanish peninsula, aided in no small part by Quique and Guille Ranil. The masterful final touches are then added by Santi Garcia, Borja Pérez (Ultramarinos Costa Brava) and Victor Garcia (Ultramarinos Mastering), respectively mixing and mastering the record.

“The Wheel” is to see the light of day early 2019, co-released on 12 inch vinyl by a bunch of labels both national and international. In that moment the band, with strong DIY ethos, will be fit and ready to tour both their home turf and beyond.

You can order "The Wheel" on LP for €11,95 here:
morningwoodrecords.com/product/weak-the-wheel-lp/

Weak - "The Wheel"
MWR-055
For more information and to buy records and merchandise, go to:
www.morningwoodrecords.com